Last week, my husband and I celebrated our 31st wedding anniversary.
We marked the day in a fairly routine style  -- exchanging mushy cards, going out for a nice dinner. But we’ve added one tradition to our anniversary celebrations over the last few years -- remembering our Worst Anniversary Ever in the Worst Nursing Home Ever.
It was our 25th, an important milestone. We had planned a vacation for this, but when I became gravely ill with cancer, those plans went out the window.
Instead we spent our big day in a dirty, depressing place filled with antiquated furnishings and equipment, pathetic patients, an incompetent staff, one incredibly rude doctor and nearly inedible food.

My husband bought red roses from a street vendor on his way in to see me that day and placed them on my nightstand.
The sweet bouquet brought a tiny piece of happiness to a sorry facility that opened my eyes to how we care for those of us who are older or infirm.
As a cancer patient, I felt powerless to control where I was sent to wait for my next session of chemotherapy. I wasn’t sick enough to be hospitalized, but I needed rehabilitation, because part of the lymphoma in my brain had left me suffering from paraplegia. So I was pretty much at the mercy of the placement people at the hospital where I had been for months.
The primo rehab place, at the hospital where I had stayed for months, had no open beds. So they transferred me to a nearby skilled nursing facility (SNF).  These days, what used to be called a nursing home is now referred to as a “sniff” in old and sick people lingo.
My son nicknamed it Sunshine Meadows, a name he imagined the facility might have called itself to convey the idea it was a semi-happy place. (Disclaimer: This one was in Los Angeles and was not related to the real Sunshine Meadows in Kansas or any similarly named place.)
It was a hellhole.
I was transported there via ambulance. When I was wheeled in on a gurney, I passed through an entry area full of grim-looking old folks in wheelchairs, staring into space.
My two roommates were ancient and miserable-looking and didn’t speak. (One spoke her own made-up language.) There was one small TV high in the center of the wall and no telephones.
My bed was inches from a ground level window. The windowsill was covered with dead bugs.
I was there for a little more than a week. By the time I left, I was throwing up, had a high fever, bed sores and a urinary tract infection.
Here’s what I was happy to leave behind:
OUTDATED ROOMS AND EQUIPMENT
My room was overcrowded and the bathroom was filled with storage boxes. One visitor could sit on a chair while another visitor sat on my wheelchair in the bathroom doorway.
The hospital beds weren’t electric. Someone had to physically turn the crank at the foot of the bed to raise me up and turn it again to lower me. Because I was in excruciating pain when I wasn’t flat, I had to be raised and lowered at least three times a day for meals -- a chore the nurses seemed to detest.
CRABBY, LAZY STAFF
It felt like the nursing staff hated Sunshine Meadows as much as I did. A good nurse can just make your day when you are at your lowest. But these guys made it seem like I was causing them to have the worst day of their lives. Sorry, I felt like saying, I have to ask for a bedpan. Or, sorry, I want you to lower my bed. Sorry, I’ve got a question for you. They didn’t bathe me or change my sheets regularly.
After I switched rooms to one that had a pleasant roommate, one of the nurses used to plant herself on the chair in our room -- “the nice girls” she called us -- so she could avoid having to care for others. Or us.
When my husband went to the nursing station down the hall to ask a question, he said he found a station of mass confusion, alarms going off, no one paying attention to anyone and one wobbly elderly guy my husband caught and put in a wheelchair.
HORRIBLE CARE AND HYGIENE

At the hospital, because I couldn’t turn myself over, staffers would regularly help me turn every few hours. Here, no one did.
When you are catheterized like I was, nurses are supposed to empty your urine bag routinely. Seems like Nursing 101. But when I noticed a putrid smell coming from beneath my bed, a visitor said the bag had overflowed. After the nurse was summoned, she emptied the bag and called someone to clean it up.
“I don’t think that smells like normal urine,” I told her.
“Yeah, sometimes it smells like that,” she replied.
“Do you ever test for urinary tract infections?” I asked. At the hospital they would check routinely for that because catheters and hospitals often result in a UTI.
“Yes,” she said.
But they never did.
In my second room, I noticed my urine bag had again flooded the floor by my bed, so I called a nurse. 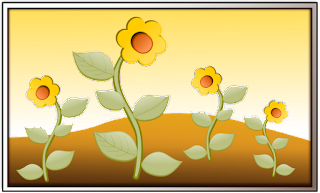 “No, it’s just the shine on the floor because it’s so clean,” she said.
Good try.
ONE UNBELIEVABLY AWFUL DOCTOR
When I entered Sunshine Meadows, I didn’t have any medicine with me. I assumed they would just transfer my prescriptions so I could resume my regimen. No, they said, they couldn’t give me anything until I had been seen by their doctor.
He would be seeing me within three days.
Because I was a huge doses of steroids, among other things, there was not to be any disruption in any of my meds. My husband, who had consulted by phone a doctor who had previously seen me, told that to the nurse, who relayed that to the doctor over the phone. No, the doc said, he would see me in a few days.
When my husband later complained again, the nurse handed him the phone so he could try to convince the doctor. When my husband said that my personal physician was strongly opposed to this, the doctor hung up on him.
I saw him on the third day.
FRIGHTENING AMBIENCE
Meals were a horrible adventure. You couldn’t pre-order food and you had to eat what showed up. Much of it was unidentifiable, appeared to have no connection to nutrition and lots was covered with pink granulated sugar.
The facility had an outdoor courtyard but it had been turned into a popular smokers’ lounge for staff. So if you wanted to get away from the depressing interior, your only choice was an equally depressing, potentially lethal courtyard.
Then there were the overly loud patients. One screamed his brains out every night. Another sang at the top of his lungs all day long in the hallways.
On the day Sunshine Meadows began to test fire alarms, I started thinking I was in a “Punk’d” SNF episode. A place really couldn’t be this bad: Poor care, horrible conditions and hours of deafening alarms?
But it was. When it came time for my chemo session, I was transferred back to the hospital where the staff there treated me with care, tested my urine, cleared up my infection and began a months-long process of soothing my bedsores.
As happy as I was to be out of there, I still couldn’t help thinking of the patients who were still there, trapped in misery. Did they have family members? Did they visit the place ahead of time? And here’s the worst part: On a scale of SNFs, Sunshine Meadows was probably better than most.
It was a sad place to celebrate my 25th anniversary. But it’s an even worse place for the sick and elderly to live out their lives.