Cancer Survivor Celebrating My Fifth Stem Cell Birthday: Like Attending My Own Funeral

Friends and family from all over attended my mom’s memorial service 12 years ago. My husband and I brought our three kids from Arizona, my brother and his family came from Oregon. Former neighbors who had moved a few hours away more than 40 years earlier made the drive. Her best friend from her native Brooklyn, N.Y.,  came. (He had relocated to California.)  And local folks came, too.

Her close friends, parents of friends of mine, people she used to work with, people my dad used to work with. The woman who had cut her hair for decades was there as was the librarian from the branch she frequented.

We gathered after the service in a familiar parish hall to enjoy Italian food and wine. We listened to Frank Sinatra and other music she loved. We hugged each other and talked about what a bright, wonderful presence she was in our lives. We also caught up. It had been so long since we had all seen each other. There were tears, but also laughs.

I remember thinking: too bad Mom couldn’t be here. She would have loved this.

Flash forward to September 2013. My husband threw a surprise party for my Fifth Stem Cell Transplant birthday. It was such a monumental surprise -- full of joy and happiness and dear, dear people. All to honor me!

As I told a friend on the phone a few days later: It was like being at my own funeral.

I highly recommend it.

When I entered the room where my party was, the first thing I saw was a large group of people standing taking pictures. I thought we had entered somebody’s party. I told my husband, “They are taking pictures of something.”

A nanosecond later, I said. “They’re taking pictures of us!”

I guess they yelled surprise. I think they applauded. Then I began to focus on the faces. I saw my son, who I thought was working. Sprinkled among dear faces of family and friends from my town, I saw relatives from Arizona, my former neighbors from Phoenix, my friends who live in South Carolina, childhood friends from my hometown, Santa Rosa, Calif.

As I looked from face to face, I realized they were celebrating me. My crawl back from the depths of cancer hell, my brief descent back into it and my successful bone marrow transplant, called the first day of my new life. Five years cancer-free is a huge milestone for me. My husband had been secretly arranging this gala for months.

And, no, I didn’t suspect a thing. Anyone who was there can speak to the pure shock I was in for hours. But it was a happy shock. 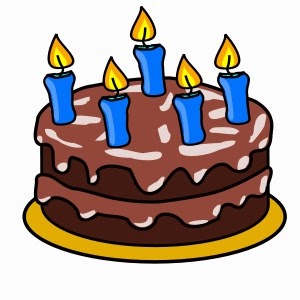 Among the 60 plus people at the party were friends and family from far and wide, several of my local book club buddies, exercise friends from the senior center (and the teacher), a roommate from my days more than 30 years ago at the Tucson Citizen newspaper. Those who couldn’t attend sent me touching cards.

It occurred to me as I surveyed this beautiful tableau: These people truly make up “the fabric of my life.”

They all gathered to celebrate my life and to show how much they loved me. Those who wrote cards didn’t just sign their names. They said how much they treasured having me in their life, how much I inspire them with my courage and strength and positive outlook even through the toughest times.

They said the types of things people say at someone’s funeral.

Only they told it directly to me.

It made me think about some of the newer friends I’ve made since moving to southern California 10 years ago. I arrived here knowing exactly one family. Today I have wonderful friends, some of whom supported me through my illness and recovery and others who met me later but who continue to enrich my life.

My mother had a rule.  She said if you speak highly of someone to others, you should also tell it directly to the person.

After the party, I found myself doing that a lot. I told those who had attended (or wanted to attend) how much they mean to me, how lucky I am to have each of them in my life.

As I said, I highly recommend such an experience. You don’t have to sponsor a big, surprise bash. Just getting together to honor someone -- because you really mean it, not just because you have to -- will be something that person won’t forget.

If you can’t do that, take a moment to tell them what they mean to you.

It puts a tear in my eye and a smile on my face just remembering that minute when I looked around and recognized those faces. It was hands down one of the best days of my life. It was a magical night.

And I was here to enjoy it.