Being Seriously Ill is Embarrassing. Get Over It.

When I entered the emergency room by ambulance, neither one of my legs was working. It was the tipping point after months of sickness and intermittent loss of neurological functions. Doctors were desperately trying to figure out what was wrong with me.

As I lay on the gurney in the hallway, I spoke quietly to the nurse, trying not to let my husband or others nearby hear.

“I think I’m going to need a catheter,” I told her in a tiny voice.

It was embarrassing. I didn’t need to use the bathroom just then, but I wanted to let her know I wouldn’t be able to go by myself. I just wanted to be prepared.

Three months later, I was in a different hospital. Same disabilities. Two people were trying to get a good look near the end of my bed as one of them demonstrated how to insert a catheter.

So much for embarrassment.

Months and months in hospitals and rehabilitation facilities have taught me this: If you get seriously ill, you can kiss your privacy and humility goodbye. Embarrassing moments are as frequent as visits from the nurse who comes around to take your vitals.

Somewhat shy or prudish? Get over it. Immediately. Get ready to be humiliated. What’s important is your health, not cringe-worthy moments that come with fighting for it.

My baptism into this awkward world came when I was admitted to the hospital from the emergency room and had to summon a nurse. Nowadays you can’t just push a button and expect someone to come to your room. You have to specify what you need so the nursing station can send the appropriate responder. They don’t want to send you an R.N. if you merely want your water pitcher refilled. That task goes to an aide lower on the hospital staff totem pole. It makes sense, but it doesn’t make it easy.

I remember pushing the call button,using a shy, weak voice when a nurse replied over the loudspeaker and asked what I needed. “A bedpan,” I said. 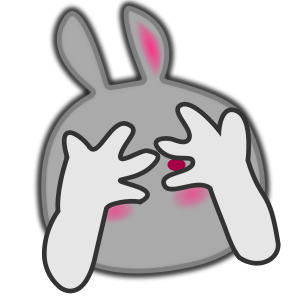 “A bedpan.” I said a little louder. I think the nurse asked me to again repeat it.

“A BEDPAN” I hollered with all my diminished strength, loud enough for the nurse, my roommate and any visitors to hear me clearly.

The worst part of this routine was not only did I have to repeat it every time I needed a bedpan, but when I needed someone to retrieve the bedpan. Or change my diaper. I had to say it as LOUDLY and CLEARLY as I could, so everyone within range of my voice would know exactly what I needed.

Let me explain that I grew up not discussing bathroom habits. It’s not that we were prudes, we were just courteous. Nowadays, people say “I gotta pee” or “I need to take a leak” or worse with regularity. I just didn’t.

But in the hospital things are different. Living with roommate after roommate, I learned that nothing was sacred. Bodily functions and complaints, test results, family disputes, medical issues -- things that you would want to keep private -- were spoken for all to hear. And that was mild on the scale of humiliating occurrences and discussions.

During nearly a year-and-a-half of chemotherapy for my lymphoma, I spent a week in the hospital per month. My release day was not always the same. It depended on blood levels: I couldn’t leave until rescue drugs had flushed the toxic chemicals out of my system. Luckily my husband was nearly always available to pick me up upon discharge. One week he was not. A friend came to help me.

It was tedious, complicated and embarrassing. It’s not like when I had babies and was wheeled to the curb in a wheelchair, beaming proudly, carrying a newborn (or two), flowers and balloons. In these discharges, I still needed a wheelchair, but the rainbows and unicorns were gone.

I warned my friend when she entered my room: This is going to involve nudity, public urination and a diaper.

Thankfully, she was OK with it. She didn’t really have a choice. They wouldn’t let me leave the hospital until -- after a week of catheterization -- I could prove that I could void my bladder myself.  And because I could barely walk, I needed a bedside commode, which is not exactly private. Then I would act like a proud potty-training toddler and prove to the nurse that I was successful. Off came the gown I’d been wearing for a week (with help), on came the clothes (with help), including a diaper to ease my anxiety as we navigated LA traffic on the way home. (I’d been pumped full of a large amount of fluid for a solid week.)

I learned not to be embarrassed when asking for help or making requests, no matter how bossy or unpleasant it seemed. I asked visiting family and friends to sanitize their hands, even if they had already done so, or leave, if I wanted to be left alone. I casually referred to my “pee bag” when a visitor needed to carry it or hook it onto a pole so I could leave my bed. I directed a relative to please regularly suction the spit out of my mouth while I was hospitalized for my bone marrow transplant. The sores in my mouth (a frequent side effect of any stem cell transplant) made it excruciatingly painful for me to swallow even normal saliva.

I was sitting bare-assed on my bedside commode one time when a doctor came in to visit, pulling back the privacy curtain to have a chat with me. Stunned, I answered his questions as if I wasn’t sitting on a toilet.

The nurse later chastised me for allowing him to speak to me in such a private setting. But the physician, who had some nickname like Dr. Bee because he flitted quickly from room to room, only made his visits once a day and I didn’t want to miss him. My family and I desperately needed updated information and questions answered as often as we could get it.

The humiliation continued after I was released from the hospital and in recovery at home. Some incidents are too horribly embarrassing to even say out loud (or write).

My shyness at home eased up. When I was first released after four-and-a-half months in a hospital bed, I was unable to walk. Paraplegic for a while, my nerves and muscles were beginning to function as massive amounts of chemotherapy began to destroy the cancer cells in my brain. I was at home, but I still required a lot of care. I had to be lifted out of my at-home hospital bed and onto a bedside commode to relieve myself, summoning a home nurse or a family member when needed.

This was in the middle of the family room, mind you, so if an engrossing TV show was on, too bad. I made everyone leave the room while I sat on the pot. Slowly, I began to ease up on my rules.  After a while, I would let my nurse stay in the room, then I would expand the number of people who were allowed to stay when I and they got tired of this ritual.

The conclusion of this event was just as embarrassing. First I needed to be lifted back into bed, then whoever had attended me would have to clean up. I am so grateful to think what people did for me. All in my family room. Bless them all.

Eventually I didn’t need bedpans, commodes or a daily nurse. That didn’t mean the embarrassment ended.

For reasons that will remain private, part of my necessary medical supplies was a clear surgical gel. I could either get it at a medical supply store, or I could buy KY Jelly as a substitute. So I was happy that I could take myself to the store and shop, but not too thrilled that I would occasionally clear the shelf of the store-brand substitute for KY.

Then I realized I could order through an online medical supply store and avoid those trips through the grocery line. (“Holy crap!” I imagined the checker thinking. “Wasn’t she just here last week buying this stuff? How much lube does this woman need?”)

Except for one time.

I had ordered less than a dozen tubes of the surgical gel. So when a huge, extremely heavy box appeared at my front door, I wasn’t thinking of medical supplies. I couldn’t even budge it to view the side to see where it was from. I had to wait until my son came home to bring in inside. As he hoisted it onto our dining room table, I said, “I can’t imagine what that even is!”

To which my son replied, “It says right here: Surgical Lubricant.”

And so it did. It also said, in very readable numerals, the quantity of tubes, which was something like 1,100. The company I had to turned to for my discreet orders had accidentally shipped me a crazy amount. Then announced it on the outside of the box.

The company apologized and said I would not be charged for what I didn’t order or for the return shipment. All I had to do was leave it at my front door and they would send a truck to pick it up.

A truck finally came after a couple of days. Meanwhile anyone coming by my door could see what exactly was inside.